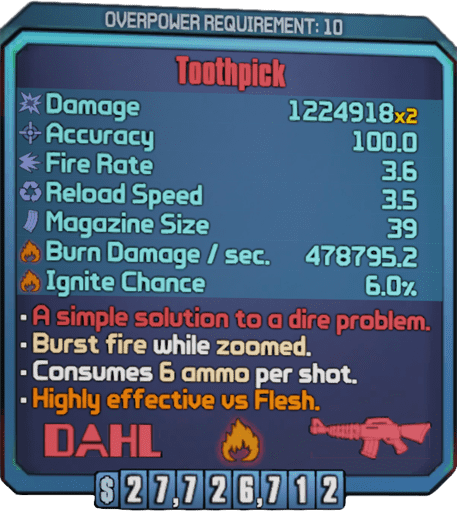 The Effervescent Assault Rifle Toothpick is manufactured by DAHL and comes from the Borderlands 2 Fight for Sanctuary - DLC.

The Toothpick fires 10 projectiles in 2 rows of 5.

When using the Mouthwash Relic the Toothpick will deal +200% damage.

Assault Rifles
All but Jakobs ARs have -20% Crit Damage (scale).

Note
When Salvador has the Mouthwash equipped and the Toothpick in his left-hand, it will grant the +200% damage to the right-hand weapon.

A single number in the top right of parts shows its weighting, while no number means the weight of 1. The higher a part's weight the greater the chance to occur.
You can only get 1 Part per Category, if not specified.

Toothpick
How to Farm

Dedicated Drops are weapons that only drop from its dedicated sources.
Unlike World Drops who can drop almost everywhere at a small chance. 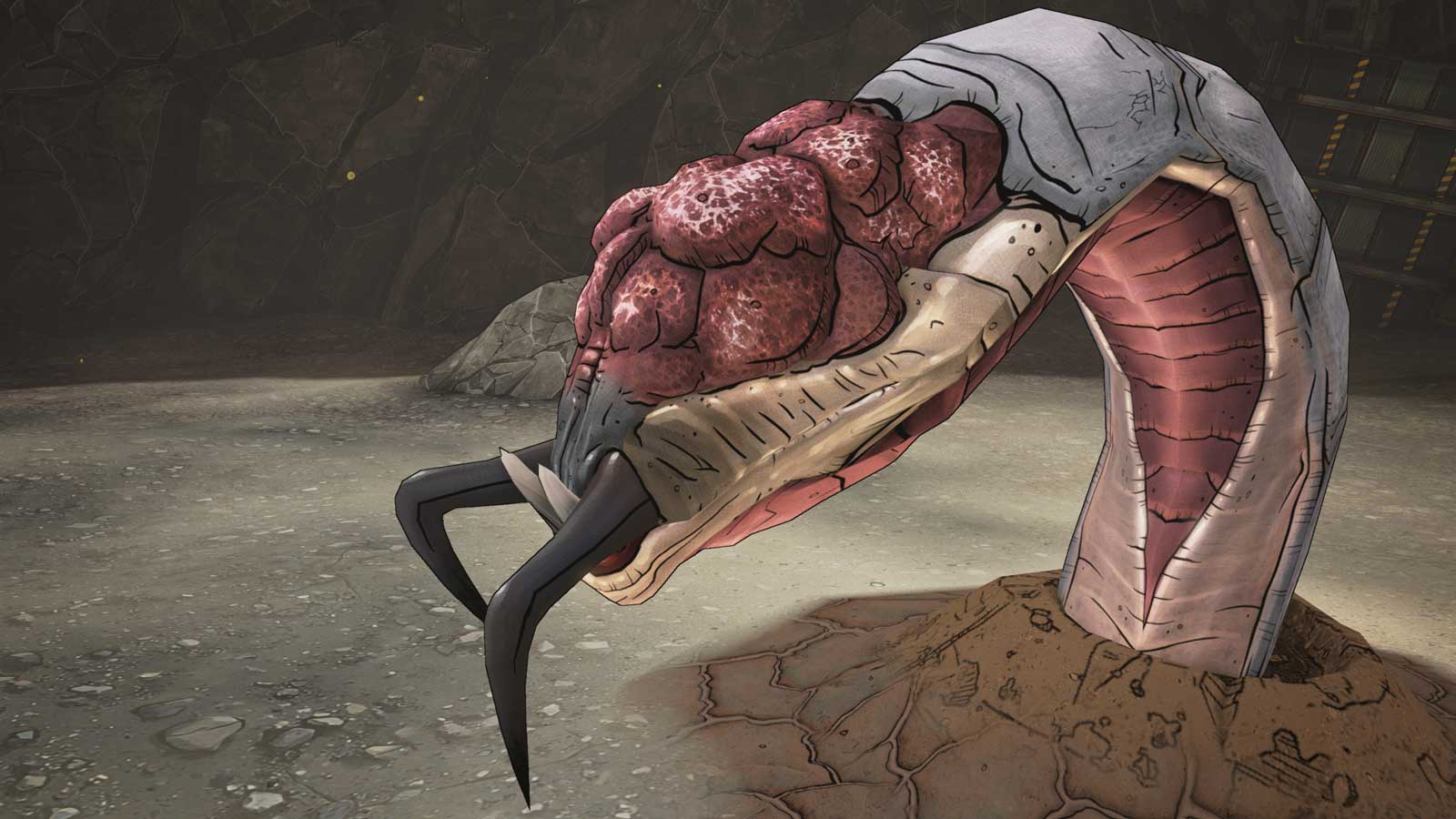 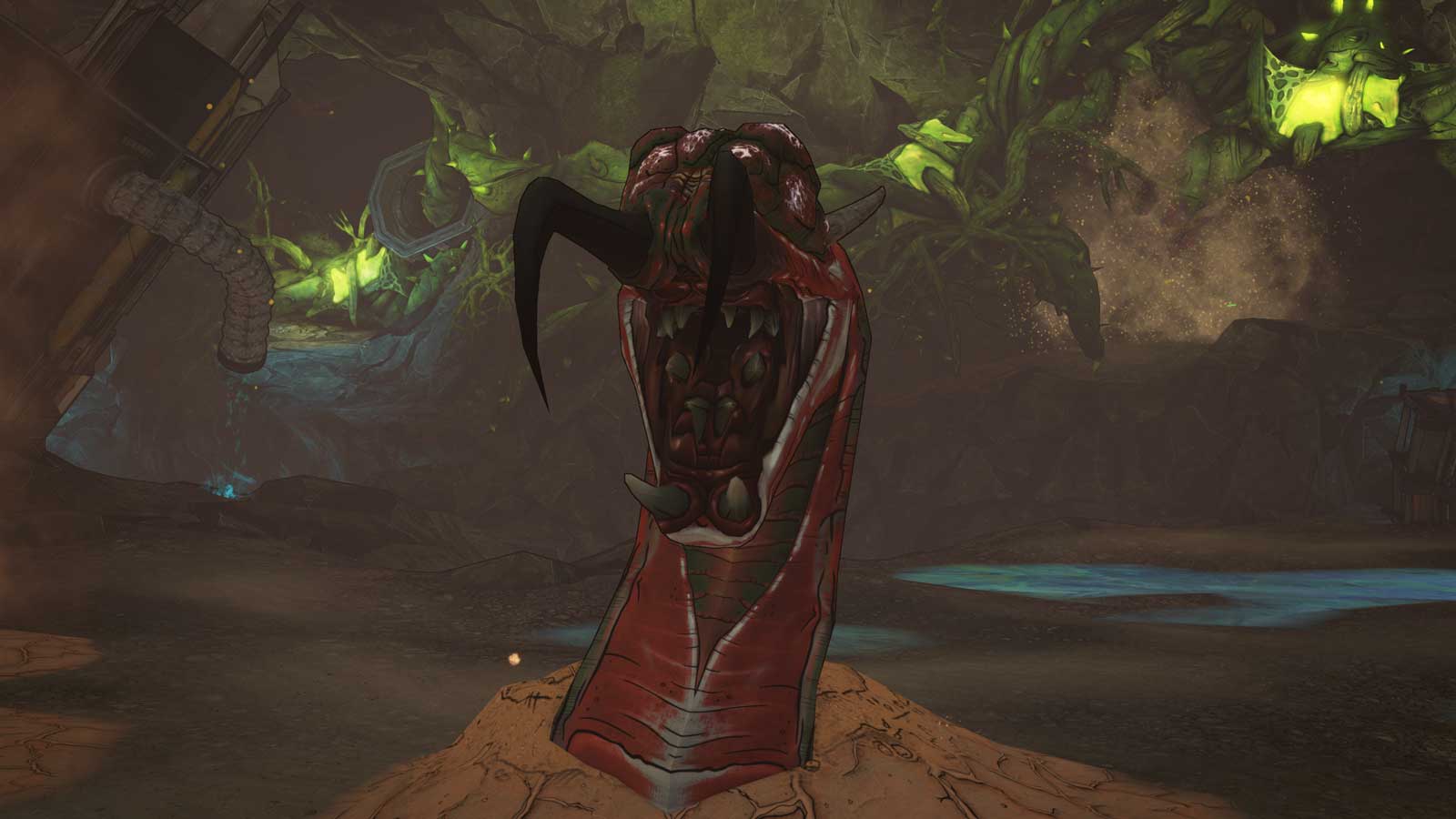 Alternative Assault Rifles for your build