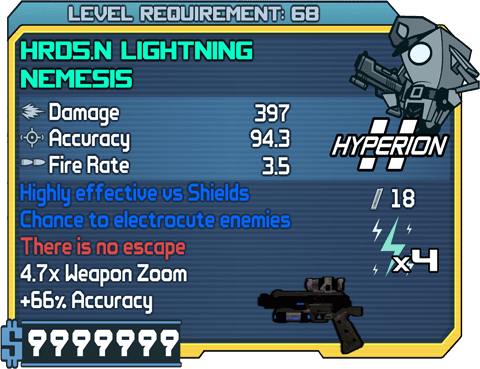 The Pearlescent Repeater Nemesis is manufactured by Hyperion and comes from the Borderlands 1 General Knoxx DLC.

The Nemesis has increased Damage, Element Level and a tighter Spread.

For 1 Ammo the Nemesis fires 1 Shock Bullet and has a chance to fire 0 to 4 extra Corrosive Bullets.

It may also merge with the Invader Repeater, creating the Hybrid Weapon: Nemesis Invader

The Nemesis Invader is an Nemesis merged with an Invader Sight.
Look out for a Nemesis with a 4.7x Weapon Zoom.

Compared to the Sight 5 (best regular sight) the Invader Sight has:
Firing while aiming, unloads the entire magazine with +250% Fire Rate and tighter Spread.

A single number in the top right of parts shows its weighing, while no number means the weight of 1. The higher a part's weight the greater the chance to occur.
You can only get 1 Part per Category, if not specified.

Nemesis
How to Farm

Borderlands 1 World Drops are items that drop from any suitable Loot Source, within the General Knoxx DLC, like Bosses, regular enemies, red-chests, white-chests, and vending machines.

Lilith's Catalyst and Mordecai's Scavenger Class Mod can increase the Team's Awesome Level by an insignificant amount.
But it's notable for low Awesome Level Sources like chests and generic enemies.
Best Loot Sources are:

Pearlescent weapons rarely drop from these 2 best sources and a couple of other enemies. 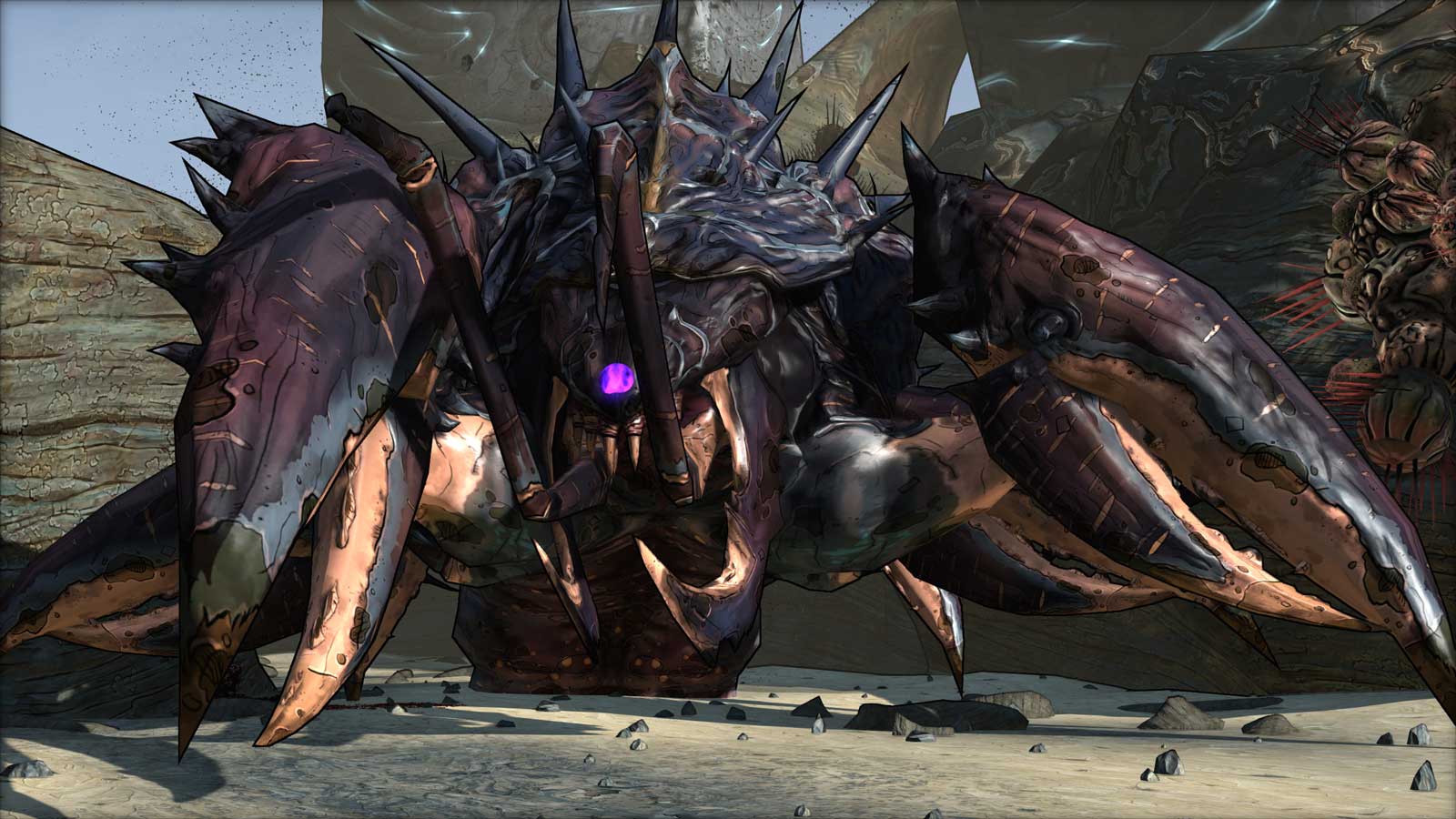 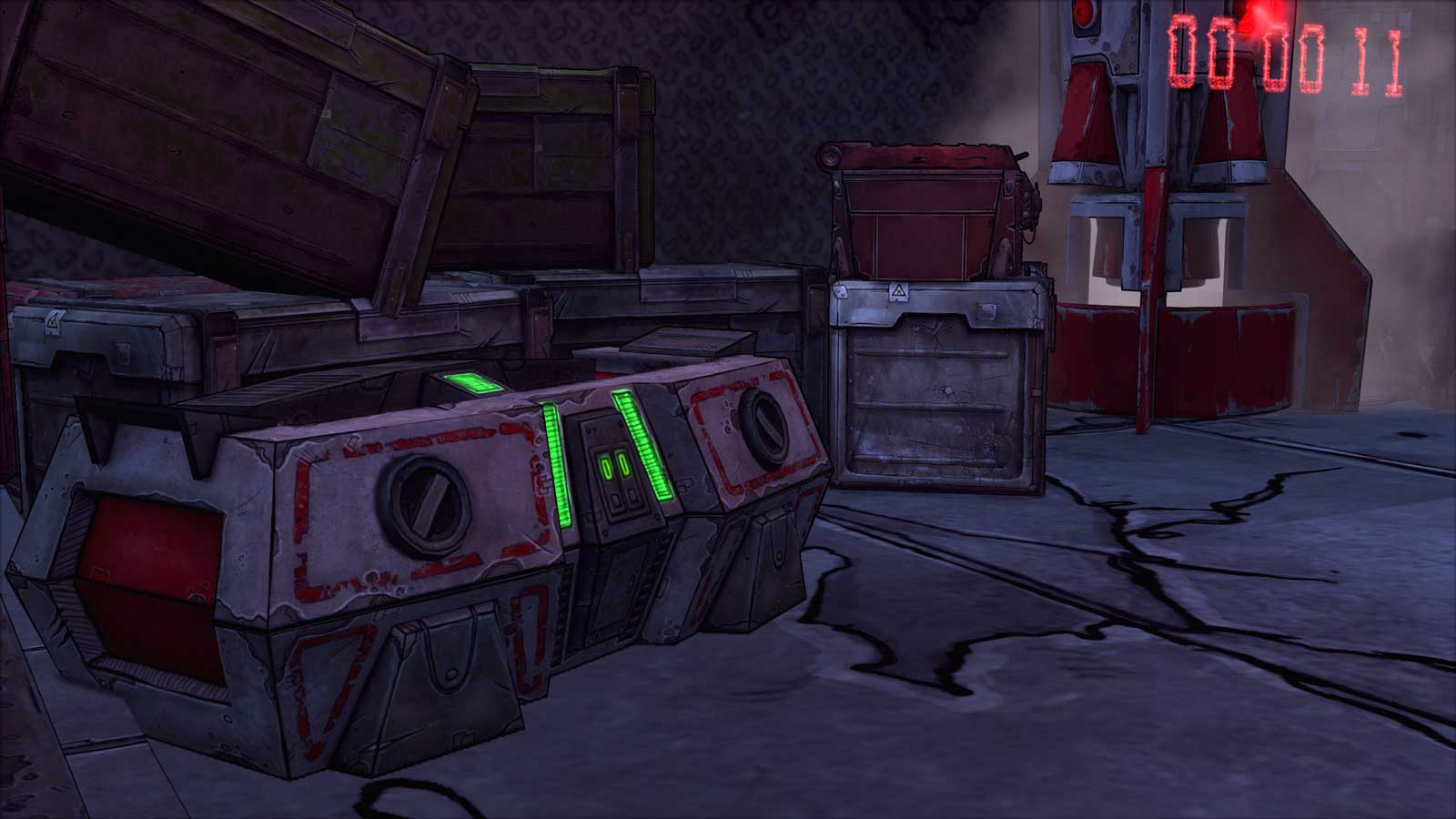 Alternative Repeaters for your build